It’s not news anymore that Mozilla is stopping support for NPAPI (Netscape Plugin API). With the release of Firefox 52 version, I believe that only Flash plugin is enabled by default.

I’ll skip the discussion about NPAPI plugins and Mozilla’s decision to stop the support, however the reality is that for me it has a strong impact in certain areas. One of this areas is the F5 BIG-IP, specifically the APM and possibility to launch Application (like RDP) from the Webtop interface.

I’m relying heavily on a F5 BIG-IP VE machine to connect to my home lab when I’m remote. The Webtop functionality gives me the possibility to use only a Browser to connect to my applications at home, keeping me away from any F5 client installation on the machine that I use. Usually this machine is my MacBook or PC, and the F5 client installation should not be a big thing, however I like the clientless option.

The F5 Webtop functionality is possible due to a NPAPI plugin called “F5 Network Host Plugin” which usually installs in the browser when you access the F5 APM. So yes, you still need to install something, but this browser plugin is easy to install / remove when compared with a F5 client.

One morning I wake up to find out that my Firefox browser was silently upgraded in the background and instead of being able to launch an Application from the F5 Webtop interface I see this: 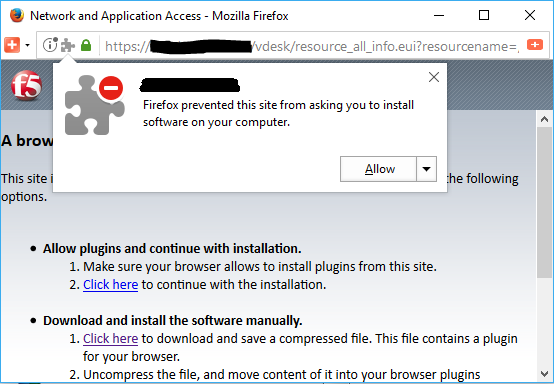 Useless to say that the plugin was already installed and everything seemed to be fine. Googling around I could find a lot of information why is not working, but no workaround until I read this article on the F5 DevCentral page.
F5 is aware of the problem, they are working on a solution but so far everything points out to use of the F5 client.

Until Firefox 51 everything was still fine but with the release of Firefox 52 you will get the error showed above. Long story short, for now, there is a workaround which suppose to work fine on Firefox 52 and the upcoming 53 version.

You need to create in Firefox 52 a configuration parameter called “plugin.load_flash_only” and set the value to “False”. Remember that this parameter is not there, so don’t just search for it…create it.

Not sure what I’ll do for future. Not to upgrade Firefox 52 (and possible 53) to the next release is not a long term option and from security perspective is a disaster. To keep a parallel installation of Firefox just to reach my trusted URL…doable, but still a bit of a hassle. I hope F5 will come up with a solution.

There are a lot of “how-to” on the Internet explaining the setup procedure. This is mainly a copy / paste example for those in a hurry :)

How to setup your own CA

Generate a key for CA

Generate a SSL certificate for CA

Request a CSR and sign it with the previous created key

Request the SSL certificate and sign it against the CA

(Optional for Linux) Secure the key on the server

How to view a certificate

Does anybody knows a simple script that can offer the above functionality from web interface? I was looking around for a while now, but either they are enterprise complex or do not work. Let me know in Comments if you have a good suggestion. 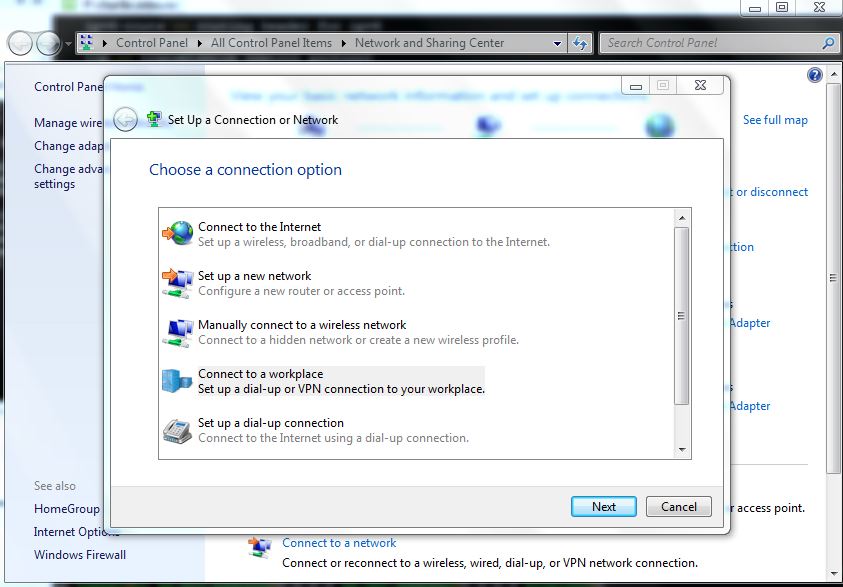 I got some questions about how to configure Mikrotik to act as L2TP Server with IPsec encryption for mobile clients. I know this is not exactly in the line of this blog oriented on enterprise networks, but it’s network technology in the end so I’ll try to cover it here.

Before we start, please make sure that your Mikrotik build-in firewall is configured in such way that it can accept packets on the WAN interface. You can check my article on IPsec VPN Mikrotik to Cisco for firewall configuration.

Another important part is that I’m using RouterOS v6.24 in the below scenario. In earlier versions some configurations are a bit different, but you’ll figure it out as I will explain where is really important.

It’s not mandatory if you already have a IP Pool, but I assume you don’t and we need to add one.

Before adding a new L2TP Server, we need to add a new L2TP Profile. We can use also the default one, but I don’t like to mix things.

The rest of values can be left on default value.

Let the rest as default.

Something to mention here. In version previous than 6.xx, you can pick only one encryption algorithm, if I remember correctly. You cannot add multiple algorithms (like 3des and aes-256 above). If this is the case, be sure to stay with 3des. I know it offer less security, but for some reason I could not force Microsoft Windows to work on L2TP via aes-256.

The value of the Secret field above, MUST be the same as in L2TP Configuration, Step 2.
Also, if your RouterOS support only one encryption algorithm, then pick 3des.

Below, I’ll add two examples how to configure the iPhone and Microsoft Windows to work with the above configuration. 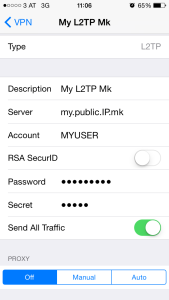 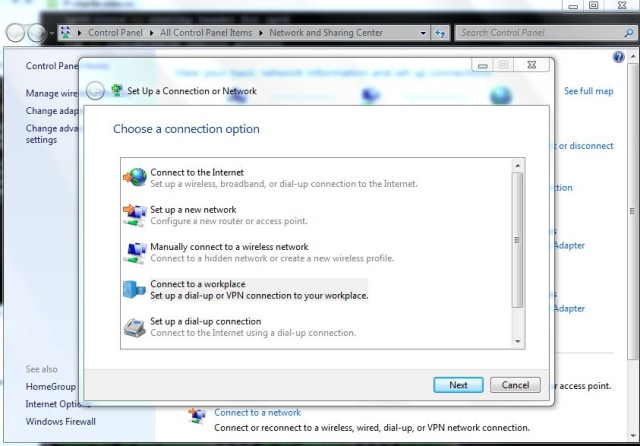 2. Pick the option Use my Internet connection 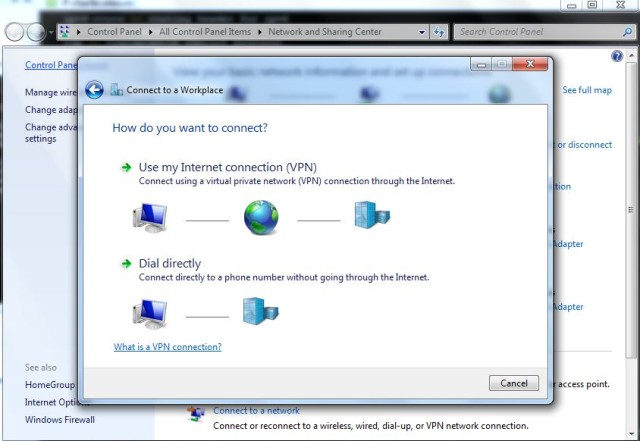 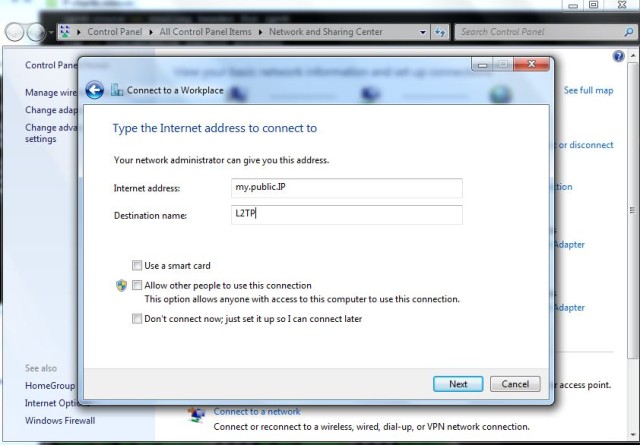 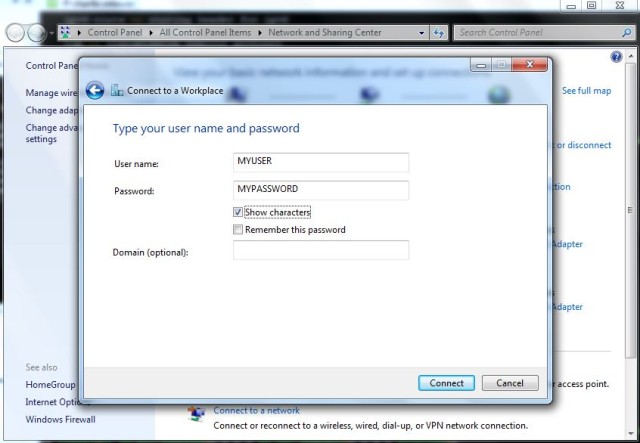 Add this point Windows 7 force me to hit Connect. I will not work yet. Please follow the next steps.

You need to reach the Properties of your new VPN connection.

Be sure to have the settings like in image below, to force encryption and use mschap2 protocol. 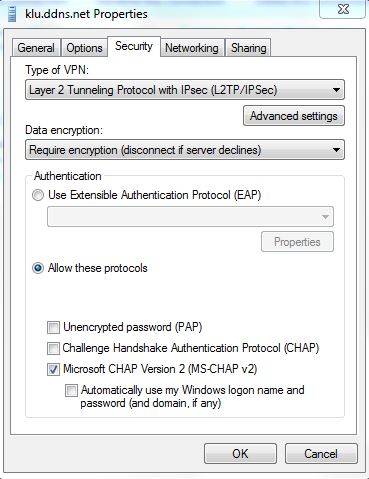 Hit the Advanced button and set the IPsec key 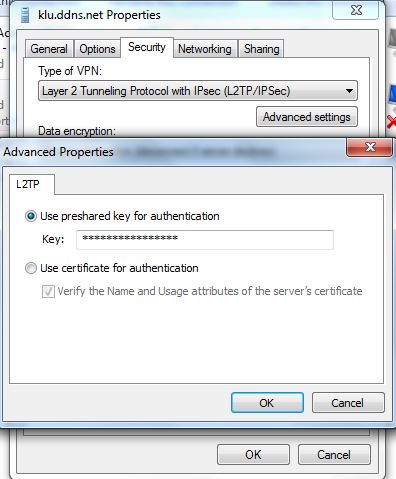 Hit Connect and it will work. If you have questions please be sure to add them to Comments.

Not long ago I wrote an article on how to configure an IPsec VPN using Mikrotik and Linux devices. For today, I will replace the Linux device with a Cisco. I did test the entire construct in GNS3 integrated with Mikrotik. 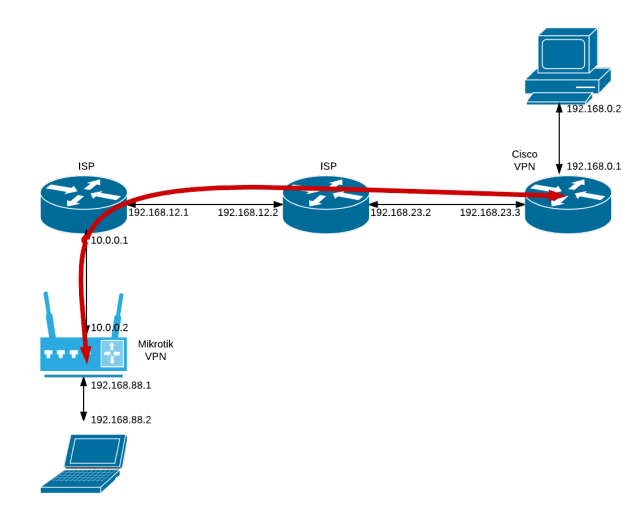 The red line represent the IPsec VPN tunnel.
Please note the used IP addresses. In this way the below configuration will be easier to understand.

By default, the Mikrotik comes with the INPUT channel that drop the connection incoming on ether1-gateway (which is the WAN interface). You need to be sure that at least the IPsec packets are able to be accepted inbound on the WAN interface, so the below rules needs to be placed before the rule dropping packets (the Firewal rules are checked top-down)

On INPUT channel allow the following on the interface facing Internet
– Port 500/UDP
– Port 4500/UDP
– Proto 50
– Proto 51
It may be that you don’t need all these ports, but you can close them later. You can check logs if you want to troubleshoot.

You can specify also the hash as sha1, but this is the default method on Cisco, so no extra line will appear.

The settings (like encryption algorithm) can be tuned to fit your requirements.

If you have any questions or something is unclear please let me know in Comments. 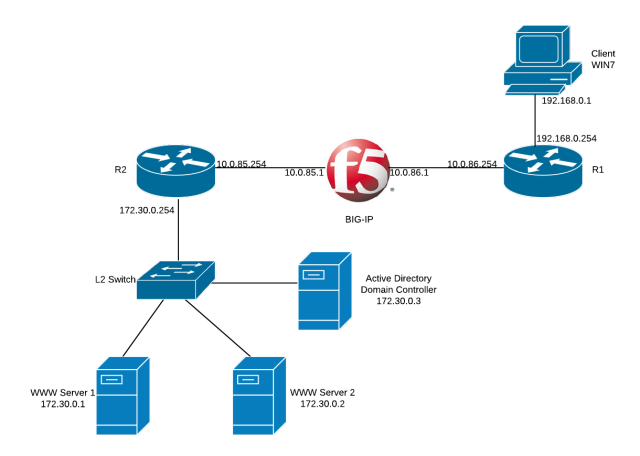 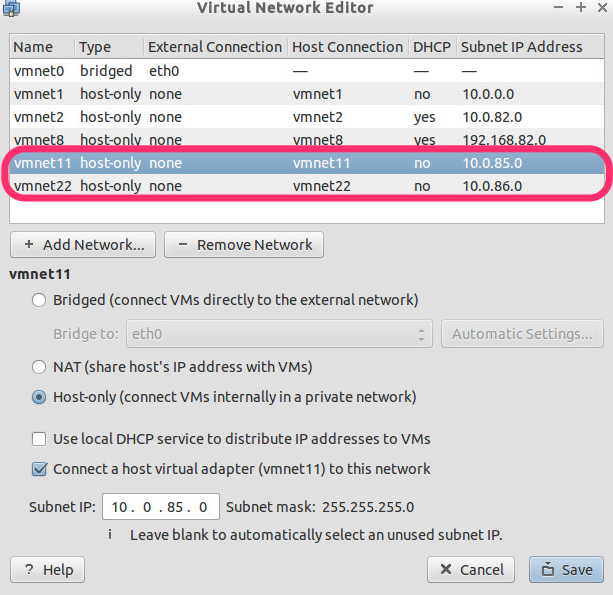 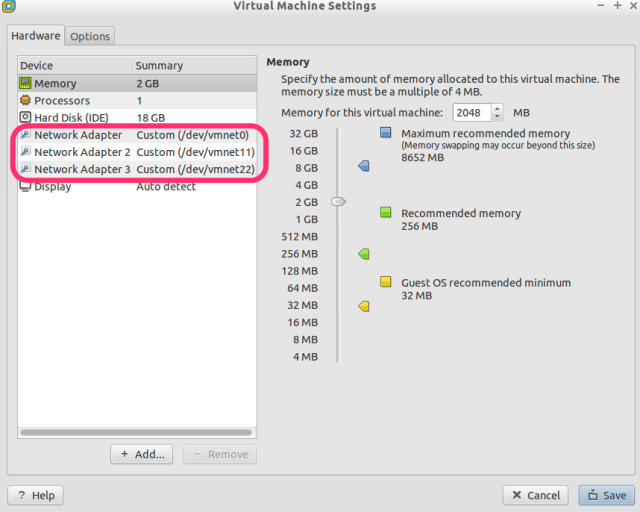 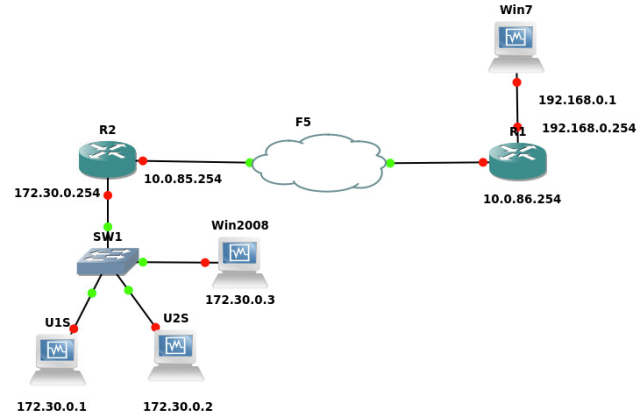 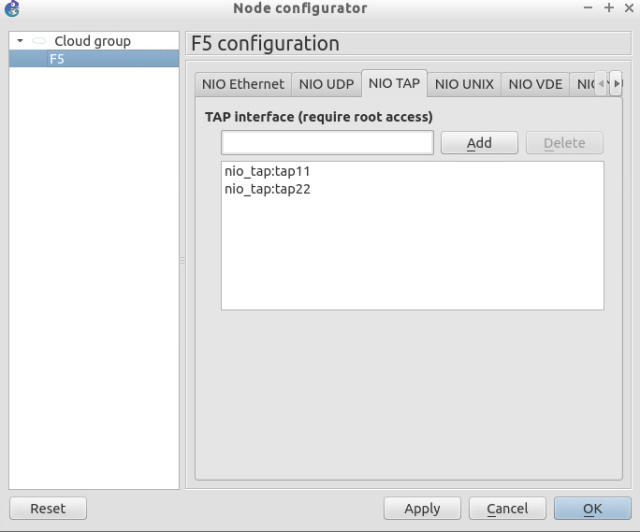