Let’s say that somebody (or some task in a test) ask you to limit the inbound traffic on a switch Layer 2 port by using minimal configuration possible. I must say that in the first steps I failed this task miserable, but actually is very simple to do it.

I will use a plain layer 2 Cisco 2950 switch for this task. I observed that I could not implement this on a Cisco 3500XL. I don’t know if the IOS image was wrong, but I didn’t investigate too much in that area as I cannot stand 3500XL switches and they are actually pretty old piece of hardware.

No topology is needed for this as I will only show how to do it and not testing it with real traffic. I will do testing later when I’ll have some more time, or you can do it on your own. 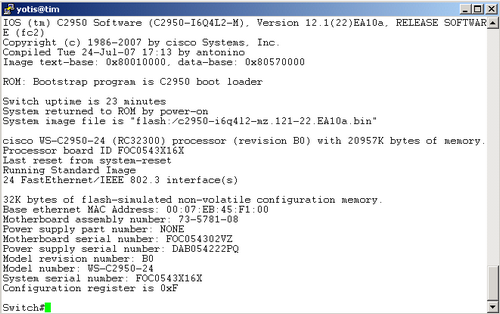