Digging through Internet I’ve found a very good article from David Davis explaining how to make your life easier when migrating from PIX to ASA.

The important thing to note about PIX and ASA configurations are that they are different. In other words, to do one thing on a PIX requires a different command on an ASA. The ASA uses a more “IOS-like” configuration where the PIX has its own “PIX-OS” configuration. Here are just some of the differences between the two:

There are two ways to perform this conversion — manually or by using the automatic migration tool. You may want to perform the conversion manually if you want more granular control, but Cisco offers a PIX to ASA Migration Tool that can perform this automatically. Let’s look at how it works.

Read the full article at: Converting from old to new with the PIX to ASA Migration Tool 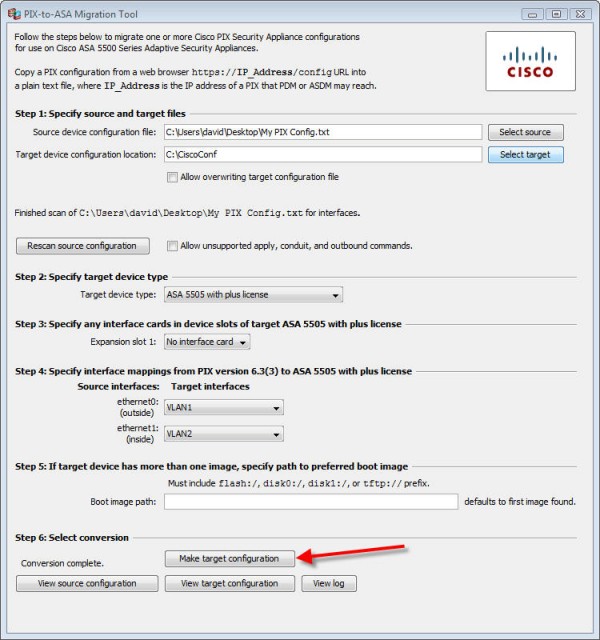